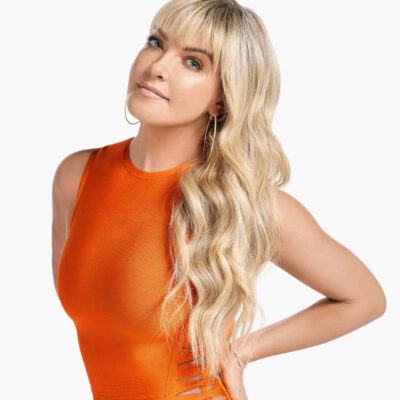 A nominee for a prestigious Canadian Screen Award, and named one of Hello magazine’s “50 Most Beautiful People,” Hickey started in radio, and before long was working with Global Television, first as a videographer and a news “chopper” reporter. In 2001, she moved into working in news covering court to crime and everything else they sent her way. She later decided to move to the entertainment beat, covering the hottest stars and allowing viewers to rub shoulders with Hollywood’s elite.

In 2005, Hickey joined ET Canada, and since then, has interviewed stars and luminaries ranging from Brad Pitt to Oprah Winfrey, and reported from the red carpets of the Oscars, the Golden Globes, the Juno’s, the Grammy’s, Festival de Cannes, and many more.

The mother of two young children, Cheryl is very passionate about her family as well as being a dedicated volunteer for a wide range of causes, including those related to children and health. She is the founder of “Cheryl’s Home and Family”, a website and online community that promotes family and personal wellness, as well as offers products that make parenting easier and more engaging.