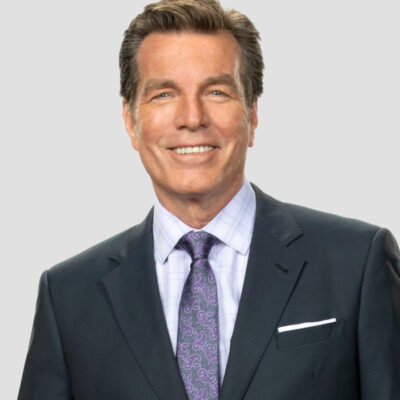 Peter Bergman is celebrating 33 years on “The Young and the Restless” having joined the cast as the multi-faceted Jack Abbott in November, 1989.

In his four decades in Daytime television, including 10 years on “All My Children,” Bergman has received 23 Emmy nominations for Outstanding Lead Actor in a Drama Series, winning the coveted award in 1991, 1992 and 2002. These and his two Soap Opera Digest awards for lead actor, as well as three MVP awards from Soap Opera Update, make Bergman the most decorated actor in “Y&R” history.

The son of a U.S. Naval officer, Bergman was born in Guantanamo Bay, Cuba and moved nine times with his family before he entered eighth grade. Upon graduation from the American Academy of Dramatic Arts in 1974, Bergman appeared in numerous regional theatres across the country and several national television commercials before landing the role of Dr. Cliff Warner on “All My Children.”

Bergman has also guest starred in the television series “The Five Mrs. Buchanans,” “The Nanny” and “The King of Queens,” as well as made-for-television movies “Pity the Poor Soldier,” “Woman on the Ledge” and “Palomino.”

Peter and his “amazing” wife Mariellen are the proud parents of their children, Connor and Clare.